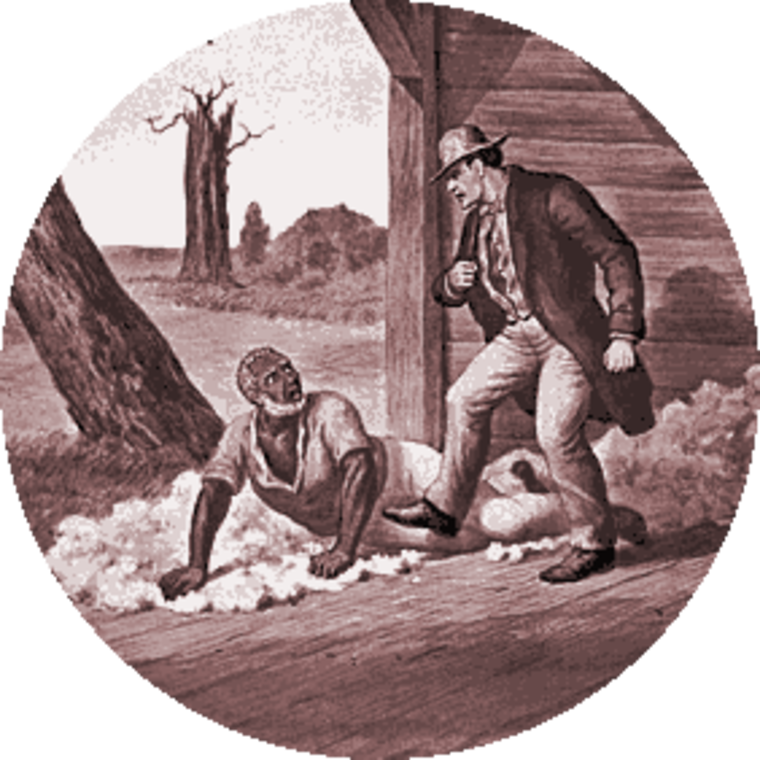 Uncle Tom's Cabin is a novel by Harriet Beecher Stowe which has slavery as one of its main themes. Many writers have credited this novel with doing much to inflame the passions of Northerners to work for the abolition of slavery, although other writers dispute the novel's influence. Uncle Tom's Cabin was first published on March 20, 1852.

Before the novel was written, the story was an anti-slavery serial called Uncle Tom's Cabin or, Life Among the Lowly. It ran for ten-months starting on June 5, 1851 in the National Era abolitionist newspaper.

Stowe lived in Cincinnati, Ohio, and:

"she observed firsthand several incidents which galvanized her to write famous anti-slavery novel. Scenes she observed on the Ohio River, including seeing a husband and wife being sold apart, as well as newspaper and magazine accounts and interviews, contributed material to the emerging plot. [1]

The term Uncle Tom, a offensive slur directed at black people considered to be humiliatingly subservient to white people, is derived from this novel.

Uncle Tom's Cabin has been made into several movies.