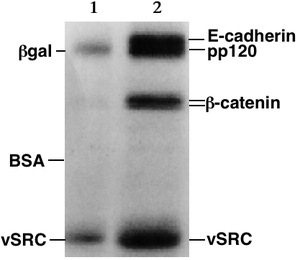 In chemistry, gel electrophoresis (전기영동)is a method to separate different kinds of molecules (including DNA). Gel electrophoresis separates the different molecules in a mixture by letting them pass through a gel, driven by an electric current. The gel is placed in a tank with an ionic buffer, and the mixture to separate is injected onto the gel near the cathode. When the electric current is applied, the (negatively charged) molecules travel towards the (positive) anode. The smaller and the more negatively charged the molecules are, the faster they pass through the gel.

Note: Although a DNA sequence may be very large compared to the other sequences it is being tested with, it may travel faster through the gel. This is because some DNA can be supercoiled, allowing it move more quickly through the pores of the gel.

After the electrophoresis run, when the smallest molecules have almost reached the anode, the molecules in the gel can be stained to make them visible. Silver or Coumassie blue dye can be used. Other methods can also be used to visualize the separation of the mixture's components on the gel. If the analyte molecules luminesce under ultraviolet light, a photograph can be taken of the gel under ultraviolet light. If the molecules to be separated contain radioactive atoms, an autoradiogram can be recorded of the gel (as in the example shown to the right).

If several mixtures have initially been injected next to each other, they will run parallel in individual lanes. Depending on the number of different molecules, each lane shows separation of the components from the original mixture as one or more distinct bands, one band per component. Incomplete separation of the components can lead to overlapping bands, or to indistinguishable smears representing multiple unresolved components.

Bands in different lanes that end up at the same "height" contain molecules that passed through the gel with the same speed, which usually means they are about the same size. There are special markers available, which contain molecules of known sizes. If such a marker was run on one lane in the gel parallel to the mixture(s), the bands it displays can be compared to those of the mixture(s) in order to determine their size.

Gel electrophoresis is used in genetics and biochemistry: