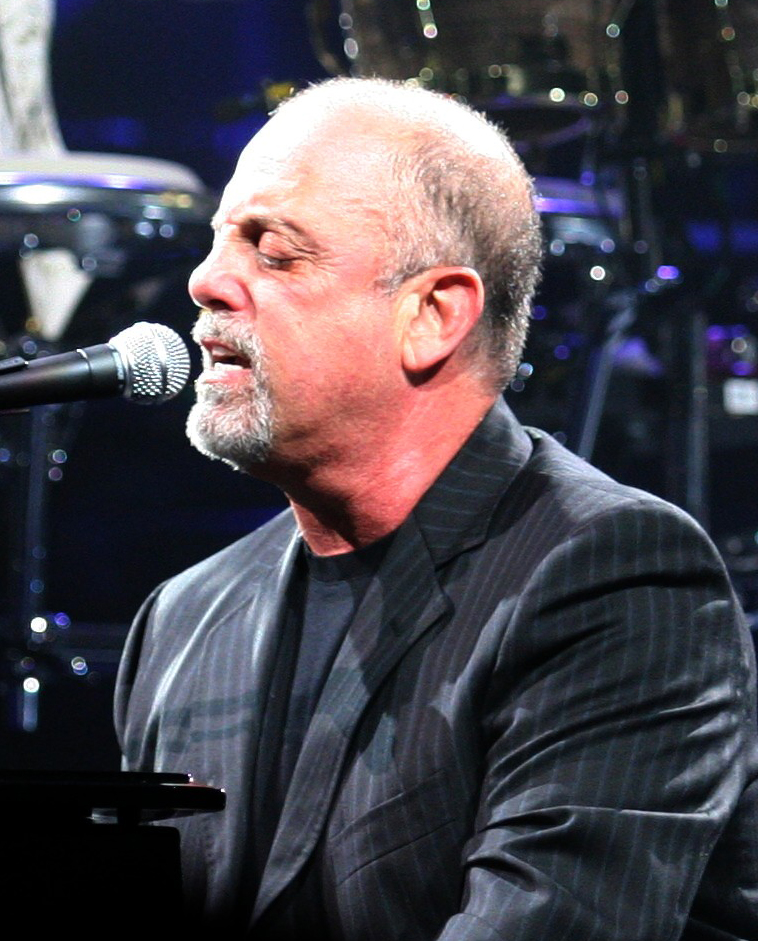 William Martin Joel (born May 9, 1949), better known as Billy Joel, is a pianist, singer and songwriter. He was married to famous supermodel Christie Brinkley from 1985 to 1994.

From an early age, Joel had an intense interest in music, especially classical music.

Influences on him include:

Joel joined his first band at age fourteen, and participated in many more since and also played in piano bars under the name "Bill Martin". His first solo album Cold Spring Harbor was released in 1971 and he has been releasing albums ever since. He has also toured successfully with Elton John, playing each other's songs. Billy Joel was inducted into the Rock and Roll Hall of Fame in 1999.

While Joel grew up on Long Island, outside of New York City, in a town called Hicksville, New York, and made many references to locations in the New York City metropolitan area, particularly the Island, in his songs, he is known internationally for celebrating life in Lehigh County, Pennsylvania, which he tributed in one of his most popular songs, "Allentown," released in 1982. The song, one of Joel's most famous, depicted living in industrial Allentown, Pennsylvania in the early 1980s.

Joel has recently been returning to his fascination with classical music and has been experimenting in that area. Fantasies and Delusions, his first album of classical pieces, got a tepid response from critics but went to Number One on the classical charts.

Joel married his business manager, Elizabeth Weber, in 1971. The marriage ended in divorce in 1982.

Joel went on to marry the recently widowed supermodel Christie Brinkley in 1985. Their marriage produced one child, daughter Alexa Ray Joel in 1986. This marriage also ended with divorce in 1994.

In 2004, Joel married 23 year-old Katie Lee. At the time of the wedding Joel was 54. Joel's daughter, Alexa Ray, 18, served as maid of honor. Joel's ex-wife, Christie Brinkley, attended the union and gave the couple her blessing. Lee is a recent college graduate and restaurant correspondent for the PBS show, "George Hirsch: Living it Up!".