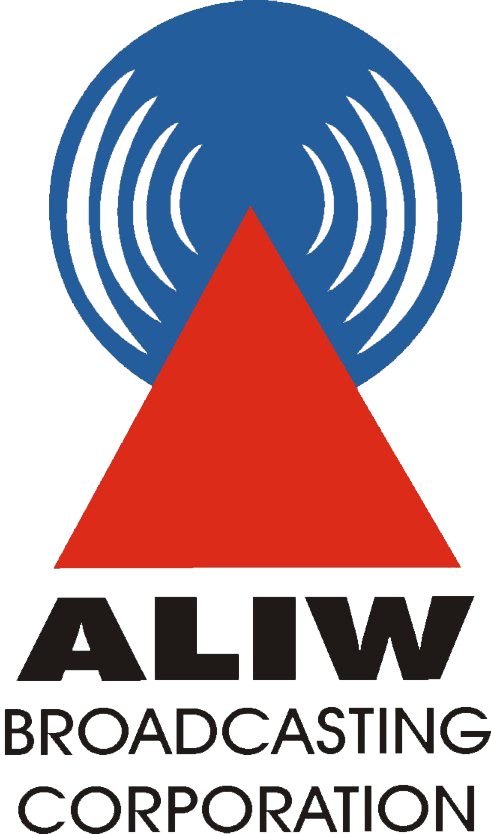 The American Broadcasting Company or ABC is a television and radio network in the United States, owned by The Walt Disney Company.

The task of selling of NBC Blue was given to Mark Woods. During 1942 and 1943 NBC Red and NBC Blue divided their assets. Edward Noble, the owner of Lifesaver candy, and owner of WMCA in New York, was thought to be interested, but his initial bid was too low. Woods then talked to the investment bank Dillon, Read and Company. Woods received an offer of $7,500,000 and called his boss, David Sarnoff, who had been talking to Noble and had just sold him the network for $8,000,000. The transaction involved the sale of three stations from RCA to Noble, Noble also had to sell his radio station, so Federal Communications Commission hearings were necessary. Noble as chairman and Woods as president of the new company were both questioned. Fly asked Woods if the new network would sell time to the American Federation of Labor; Woods responded no. Fly questioned Noble on similar subjects; Noble responded by hiding behind the National Association of Broadcasters Code. Fly then threw his papers down and advised Noble to do some rethinking. Noble rethought and on October 12, 1943 the sale was approved. The Blue Network Company Inc. was sold to American Broadcasting System Inc. The new network was renamed the American Broadcasting Company, ABC, and its parent the American Broadcasting Companies Inc. The new network sold time to organized labor.

ABC was in a poor competitive position as the television era began, as there were not enough VHF stations to put three stations on the air in most major cities, much less four. Once the movie theatres were divested from the studios in the early 1950s, money rich United Paramount Theatres, or UPT, proceeded to merge with ABC. The Federal Communications Commission had questions about this merger, as it was unsure whether Paramount and the theatres were truly separate. If the Commission had ruled they were not separate, that would mean Paramount was controlling two networks (it also had a minority stake in the DuMont Network) and ten stations, both of which were against Commission policy. However, the merger was allowed since Paramount had divested itself fully of the theater group. Before ABC merged with UPT it had considered merging with International Telephone and Telegraph, CBS (which needed several of ABC's stations), and General Tire and Rubber. Either of the latter two deals would have divided its assets, however.

In late March of 1951 Colonel Sosthenes Behn and Edward Noble, the chairmen of the International Telephone and Telegraph Company and the American Broadcasting Companies respectively, met and agreed in principle to a merger. ITT, with its Capehart-Farnsworth and Federal subsidiaries would turn its domestic operations into another RCA. Negotiations snagged over price however, Noble wanted $28,000,000 and Behn was willing to offer $22,000,000 in stock. Behn then offered a share for share deal, ITT's shares were valued at $16 and ABC's at $13. ABC didn't accept the offer and wound up merging with United Paramount Theatres.

In 1966 ITT, the ninth largest industrial employer, considered first taking over a regional television chain, such as Storer or Travelers, and later considered taking over the Columbia Broadcasting System. ITT's chairman Harold Geneen dropped these plans when he discovered ABC could be had cheaply. ABC at this time was under siege by industrialist Norton Simon, who owned Hunt Foods and Industries, whom the president of ABC, Leonard Goldenson, didn't like. Goldenson talked to Litton Industries, General Electric, and General Telephone and Electronics, a company that had previously discussed mergers with both ITT and ABC. George Tsai acted as a go-between during the talks, while rumors on Wall Street suggested that ABC was going to merge with Eastman Kodak. On December 7, 1965 ITT and ABC announced a merger via an exchange of stock.

Section 310 (a) of the Communications Act of 1934, which says that licenses for radio stations should not be granted to any corporation with any officers or directors not American or more than 1/4 of stock owned by foreigners, was aimed specifically against ITT. At the time 1/5 of ITT was owned by foreigners. Then chairman Behn protested at the bill's hearings. When the merger was agreed upon, ITT still earned 60% of its revenues from international operations. ABC was an excellent takeover candidate, it was undervalued and had high profit possibilities. The company was in a growth industry and badly in need of financing and management; the network was third in the ratings and didn't have color broadcasting in the daytime.

ITT and ABC had to apply to the Federal Communications Commission for permission to transfer the broadcast licenses held by ABC. During the hearings Geneen claimed ABC's operations would "be performed unaffected by commercial, communications, or other similar interests of ITT." Geneen further claimed that ABC, like other ITT entities, would remain independent because of the "ITT management system of substantially autonomous subsidiaries." and he said "The highest ingredient a newsman has is personal integrity." Donald Turner of the Department of Justice Antitrust Division opposing the merger wrote a letter to the Federal Communications Commission which made the following points: 1) ITT had the resources to become an independent producer or even a fourth network, since it had several major market stations; 2) ITT was engaged in communications satellite technology and cable television. It had considered pay television and networks linking local cable franchises (it had 6 systems and considered adding 20 more) which would be negated by the merger; 3) vertical integration of ITT's communication equipment and ABC's broadcasting operations would reduce ITT's incentive to develop satellite and cable equipment; and 4) the merger would create problems in reciprocal advertising policies. Turner reported that ITT estimated ABC would yield a cash flow of $100,000,000 in the next five years, "almost all of which was thought by ITT to be available for reinvestment outside the television business." Geneen wouldn't put new money into ABC for the improvement of service, but rather take it out.

The Federal Communications Commission received the letter on December 20, 1966 and approved the merger 4-3 on December 21, 1966. The Federal Communications Commission concluded that ABC needed the infusion of capital from ITT for conversion to color. Nicholas Johnson, a dissident Federal Communications Commission commissioner, complained of potential ITT involvement in the news and public affairs shows. He noted that two ITT foreign officials were in the British House of Lords and one was in the French National Assembly. He also said ABC's competitive disadvantage was due to lack of affiliates not money or color. He wrote "Of all the large American Corporations there are few whose particular business interests should not be joined with major broadcast facilities as are those of ITT." After the first vote Geneen thought the merger was assured, but the Department of Justice asked for another, full hearing.

Eileen Shanahan, a reporter for the New York Times Washington bureau, was writing about the merger when an ITT official called her up to tell her about an ITT report. He said "I expect to see that in the paper, high up in the story." Edward Gerrity, Vice President for Public Relations at ITT, pressured her in what she claimed, under oath, was an accusatory and nasty tone to print another favorable story on the prospects of the merger, including the text of a Federal Communications Commission report. He asked her about the ABC and ITT stock prices and whether she felt "a responsibility to the shareholders who might lose money as a result of" her story. Shanahan replied "my responsibility is to find out the truth and print it." Gerrity asked her if she knew Nicholas Johnson and Senator Gaylord Nelson were collaborating on a bill that would forbid any newspaper from owning any broadcast property, (which was untrue since Johnson and Nelson did not know each other). He recommended she pass this onto her publisher, the New York Times, which owned several radio stations. Meanwhile Jack Horner, an ITT public relations official in Washington, questioned her friends about her private life and built up a dossier on her.

The Department of Justice argued that the integrity of ABC news would be affected because ITT's foreign interests "involve it in close and confidential relations with foreign governments." An example is Deep Freeze, a project to lay a transatlantic cable. "One can imagine the embarrassment to ITT of an unfavorable program concerning the British Defense Minister and the Canadian Foreign Minister, persons of newsworthy prominence, who were providing ITT with confidential information relating to the approval of the transatlantic cable project," the Department wrote. The Justice Department summed that Geneen had "not comported with the standard of candor and completeness required in this proceeding."

In April of 1967 the second hearings started. It was revealed that ITT was highly centralized, but Geneen then said the relationship would be "completely unique." The F.C.C. approved the merger 4-3 saying there was not "any reasonable doubt that ABC would maintain its integrity and independence." There was "no evidence that ITT or ABC did any more than ask reporters covering the story to be factually accurate." The Commission majority was not impressed by ITT's dishonesty, manipulation of the press, or the testimony of many economists backing the Justice Department's figures. The Department appealed to the courts and on January 1, 1968 Geneen held a board meeting and called off the merger.

The corporate maneuvering described above affected ABC's programming. At this time, the economics of the television business in the US did not support a three network environment, which helps explain why ABC sought mergers with other companies.

ABC began having modest success with television programs aimed at the emerging youth "Baby Boomer" culture. And in Roone Arledge, the network had a producer who profoundly changed how Americans viewed sports on television. In the process, he helped to change sports worldwide into a multi-billion dollar industry.

After ABC successfully bid for rights to broadcast NCAA college football, Arledge, a former NBC employee, directed the broadcast in a way not seen on American television to that time. He changed production values to focus not only on the football game, but also on the crowd, and also to follow an athlete's storyline. When he joined ABC in 1960, he recognized the potential of the newly-formed American Football League which was to be the genesis of modern professional football, and established the first network coverage of a professional football league. With the help of Julius Barnathan, the ABC Network Director of Engineering, ABC sports broadcasts produced by Arledge became known for cutting-edge camera angles and graphics technology.

Roone Arledge went on to become President of both ABC News and ABC Sports in 1977. He died in December 2002.

In 1986 the company merged with media company Capital Cities Communications and changed its name to Capital Cities/ABC. The Walt Disney Company acquired Capital Cities/ABC in 1996 and renamed it ABC, Inc. The network moved away from family favorites like Roseanne and Home Improvement, attempting instead to appeal to the urbane, Friends and Frasier audience. Entries like Sports Night and Gideon's Crossing bombed.

For the 1999-2000 season, led by the unexpected success of Who Wants to Be a Millionaire, ABC became the first network to bounce in the television ratings from third place to first place in a single season. Two years later, Millionaire had lost its luster and only The Practice, My Wife & Kids, NYPD Blue and The Wonderful World of Disney were delivering the numbers. Without any solid hits, ABC is entrenched in fourth-place for 2004, down 10 percent since 2003.

Launched on September 27, 2004, abc1 is a British TV station on the Freeview digital terrestrial service, owned and operation by Disney. Its launch schedule is a selection of past and present American shows from 0600-1800. It shares the ABC Logo and shows mostly old ABC shows.